Operation ‘Pillar of Cloud’ continues, as do rocket attacks from the Gaza Strip – over 110 since the start of the operation at the time of writing – on Israeli civilian targets in the south.

It is, however, difficult to appreciate exactly what is happening in southern Israel from BBC coverage. Whilst Jon Donnison is currently located in Gaza, and turning out fairly frequent reports, there is no comparable BBC presence in the towns and cities of South Israel.

In this TV News report, we have Donnison – against a background of dramatic images – talking about “civilians caught up in the violence: the impact of Israel’s military might”.

Donnison – like his boss, Jeremy Bowen – is still pushing the ‘it’s all to do with the upcoming Israeli elections’ theme. He also seems to be having a little trouble defining reality, claiming that Ahmed Jabari was “the man it [Israel] blames for a string of attacks” and “Israel says the strike [on Jabari] followed a wave of rocket attacks”.

Perhaps if the BBC actually bothered to send a reporter to Sderot, Ofakim or Be’er Sheva, it would be capable of sounding less vague about the realities of attacks on Israeli civilians.

Below are pictures taken on Wednesday evening in Be’er Sheva after one of many rocket attacks: images the BBC is not broadcasting. 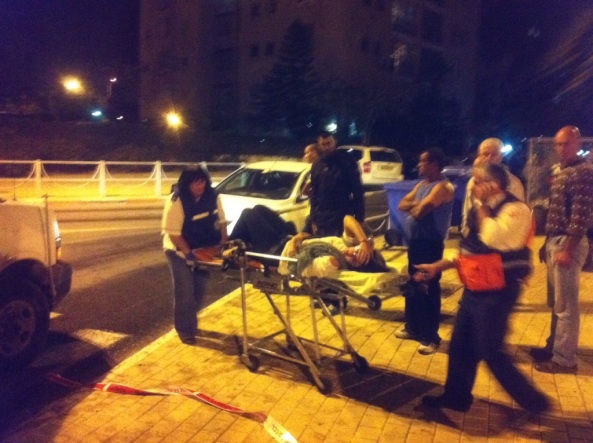 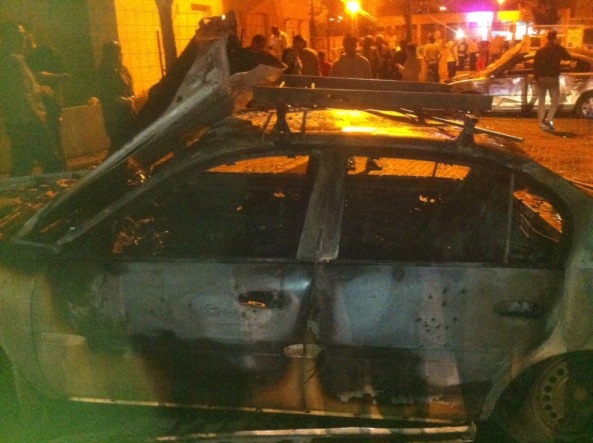 It would appear that as of Thursday, November 15th at around 08:00 local time, the BBC actually does have a correspondent in southern Israel:

Also this morning: the IDF has distributed leaflets in the Gaza Strip advising residents to distance themselves from the sites of terror operations in order to ensure safety.

Three people critically injured this morning in a direct rocket hit on a building in Kiriyat Malachi have died of their wounds. A baby is seriously injured.

Here is the BBC’s short report on the above events.

“At least three people have been killed in southern Israel by rockets fired from Gaza, amid escalating violence.

It marks the first Israeli fatalities since militants fired into Israel after it killed Hamas’ military commander in an air strike on Wednesday.

Eleven Palestinians, including militants, have been killed in the ensuing Israeli operation. More than 50 rockets hit Israel overnight.

The Israelis were killed in a strike on a house in Kiryat Melachi.”

In fact, since the start of the operation on Wednesday afternoon, and as of 09:20 local time on Thursday, some 150 rockets have been fired at Israeli civilian targets.

Here is the BBC’s Wyre Davies promoting a specific narrative regarding combatant/civilian fatalities:

Hamas operatives known to have been killed include:

The BBC’s Jon Donnison appears to be angling for a position with the Hamas propaganda department.

The BBC’s Wyre Davies is apparently not averse to promoting Hamas propaganda either:

(No such missile was fired.)

In other news, it seems that the BBC’s sojourn in southern Israel may be coming to an end: