On January 13th an article by the BBC Jerusalem Bureau’s Yolande Knell titled “Ariel Sharon death stirs conflicting emotions across political divide” appeared in the ‘Features & Analysis’ section of the BBC News website’s Middle East page. The article was also promoted on the same page as one of several ‘related articles’ among the extensive coverage of Ariel Sharon’s funeral.

Excluding photo captions and sub-headings, Knell’s article is 657 words long. Two hundred and fifty-five of those words are used to present Israeli views – both positive and negative – of Sharon. Two hundred and seventy-nine words are devoted to the presentation of exclusively negative Palestinian views.

“During the 1990s, when he served as housing minister, Mr Sharon oversaw a massive building drive of settlements in the occupied Palestinian territories.”

Ariel Sharon served as Minister of Housing and Construction from June 11th 1990 to July 13th 1992, so according to Knell, there was a “massive” increase in the number of communities established in Judea & Samaria and Jerusalem during those 25 months. But is that actually the case?

Examination of the dates of establishment of neighbourhoods in Jerusalem and communities in the regional councils Gush Etzion, Har Hevron, Megilot, Matei Binyamin, Aravot HaYarden and Shomron shows that throughout the whole of the period between 1990 and 1992 a grand total of three communities were established. 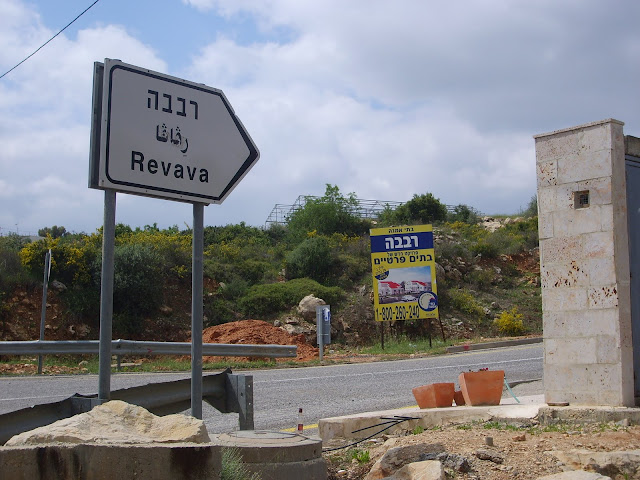 But perhaps – given the fact that planning and building procedures take time – that “massive building drive” of new communities which Knell claims Sharon “oversaw” came to fruition after his term as Minister of Housing and Construction? Well the answer to that is no: Revava – established in 1991 – was in fact the last official new community to be built for the next 21 years.

Of course what Knell might actually mean is that Sharon oversaw building in existing communities during his term as Minister of Housing, but that is not what she writes. She uses the phrase “Mr Sharon oversaw a massive building drive of settlements” – not ‘a massive building drive in settlements’ – which any reasonable reader will take to mean that Sharon was responsible for the building of a very large number of new communities. Hence, Knell’s inaccurate phrasing misleads BBC audiences.

Later on in the article Knell writes:

“In a New Yorker blog post, the writer, Raja Shehadeh referred to his [Sharon’s] involvement in the 1982 massacres of Palestinians in Beirut refugee camps and his controversial visit in 2000 to Jerusalem’s al-Aqsa Mosque Compound, known to Jews as Temple Mount. The walkabout on the contested site infuriated Palestinians, who launched the second intifada (or uprising).

Mr Shehadeh believes that the unilateral pullout from Gaza was part of Mr Sharon’s attempt to strengthen Israel’s hold on as much territory as possible rather than a reach for peace.”

Knell of course does not bother to inform readers that the opinions of the “writer” she chooses to amplify should be viewed in the context of the fact that he is a former director of ‘Al Haq‘ and a regular participant in the BDS-supporting ‘PalFest’.

Neither does Knell bother to clarify for readers that Sharon had no “involvement” (her word, by the way: Shehadeh does not use that term in his post) in the massacres at Sabra and Shatila which was carried out by Lebanese Christian Arabs or that the second Intifada was planned long before Sharon’s pre-coordinated visit to Temple Mount in September 2000. Likewise, although Shehadeh is perfectly entitled to “believe” whatever he wishes, the fact is that attempts were apparently made by Sharon to coordinate the Gaza Strip disengagement and Ehud Olmert – who took over leadership of Sharon’s Kadima party after his illness – made an offer to the Palestinian leadership which proves the very opposite of Shehadeh’s ‘beliefs’.

The BBC tells its funding public that “BBC News aspires to remain the standard-setter for international journalism”. As this latest effort by Yolande Knell shows, the sad proof of the “standards” pudding which BBC News sets for itself (and “international journalism”, no less) is the distasteful one of misleading, inaccurate reporting, deliberate amplification of falsehoods and blind repetition of the politically motivated propaganda spouted by known anti-Israel activists.