In 2014 the BBC described the terrorists responsible for the murders of eleven Israeli athletes at the 1972 Munich Olympic Games as “militants”. 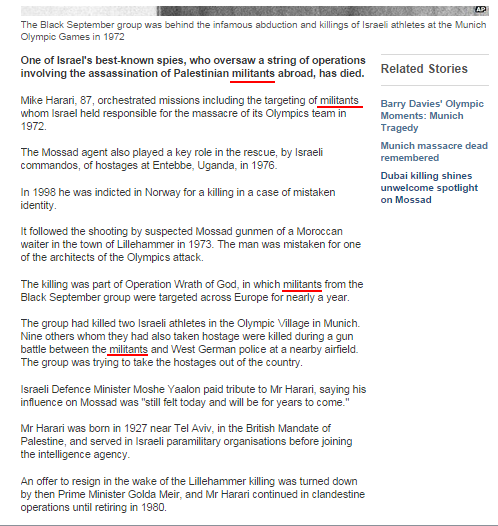 In a filmed report which appeared on the BBC News website’s Middle East page on August 2nd 2016, the terrorists are described as “militants”.

The same euphemistic term is used in a written report by Jonathan Josephs which appeared on the BBC News website’s Middle East page the following day.

Once again the ‘values’ behind the BBC’s supposed avoidance of “value judgements” are on display.