While failing to accurately describe it as terrorism, the BBC News website’s English language report on the attack in Jerusalem on October 9th did make it clear to audiences that the perpetrator was a “Palestinian gunman” in both the headline and the opening paragraph. 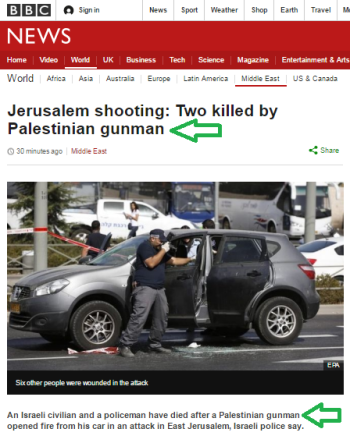 In contrast, the headline selected for the BBC’s Arabic language report on the same incident failed to provide visitors to the BBC Arabic website with any information concerning the identity of the attacker.

“The Israeli police said that two Israelis were killed and six others injured as a result of shooting near the Sheikh Jarrah neighbourhood in East Jerusalem.” 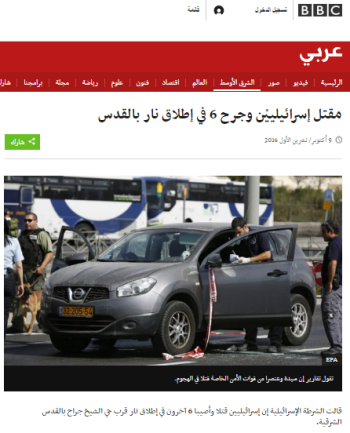 Why is BBC Arabic feeding its audiences politicised terminology?