1) At the Jerusalem Post, Seth Frantzman ponders “White privilege and the love of dictators – the Syrian case“. 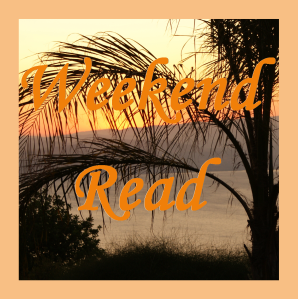 “When you start to survey the large number of voices, particularly in media, who sympathize with Assad or take his side you come across a constellation of white men and women from privileged Western backgrounds.

Simon Jenkins tells us that “the Syrian horror began with a sectarian insurgency of Syria’s own peculiar making…the West’s support for Assad’s enemies, like its toppling of Saddam and Gaddafi, aided the cause not of democracy but of chaos. It displayed the arrogance of empire without its true commitment.” Jenkins, who titled an article in 2015 with “bombing is immoral, stupid and never wins wars,” then wrote in the same article that “the only intervention likely to work in Syria just now is from Moscow.”

Read that again. “Bombing doesn’t work.” Ok. But Russian bombing on behalf of Assad will “work.” What? This type of logic from an educated British intellectual like Jenkins is symbolic of the warped thinking of so many. Western bombs bad, Russian bombs good.”

2) The Boston Globe has an editorial on the recent resolution adopted by UNESCO.

“UNESCO’s tendentious semantics play into an ongoing propaganda campaign by the Palestinian Authority to “de-Judaize” the identity of Jerusalem, the foremost Jewish city on earth. UNESCO erred by allowing itself to be dragged into this controversy. This blatant historical fabrication is a relatively recent endeavor. It began in the 1990s, when Yasser Arafat took to insisting that Jesus was “a Palestinian” and when the Arafat-appointed mufti of Jerusalem declared, “There is no proof at all that the Jews were ever in Jerusalem.” In reality, the Jewish significance of Jerusalem and the Temple Mount is so clear-cut that, decades ago, even the city’s Muslim leaders once stressed the point.”

“In short, a section of the Western left has adopted the ideology of the Salafists, Khomeinists and Islamists. It supports their blasphemy codes, and apologias for murder. Not for white leftists, you understand, only for ‘the other,’ for we are in a culture where racist double standards abound. I have no doubt, for instance, that Alabama’s Southern Poverty Law Center (SPLC) would be appalled if white supremacists hacked to death writers on the New York Times for challenging racial prejudice, as Islamists hack Bangladeshi liberal writers to death for challenging theocratic prejudice.

What makes SPLC’s embrace of what it would in other circumstances correctly call fascist politics heart-breaking as well as contemptible is that it was once a  great civil rights institution in the American south with a proud record of fighting the Ku Klux Klan.”