Those who missed the recent documentary on the subject of rising antisemitism in France which was shown on BBC One under the title “Never Again: Fear And Faith In Paris” can find it on iPlayer here (UK only) or here.

Via the BBC Media Centre we learn that a programme titled “Never Again: Fear And Faith In Paris” will be broadcast on BBC One on Tuesday, April 26th at 22:45. 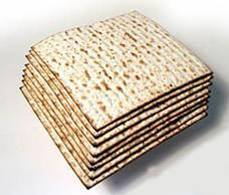 “The end of April marks the Jewish Passover festival, when Jews remember the Israelites escaping slavery in ancient Egypt. This documentary will explore a much more recent phenomenon, the decision of 8,000 Jews to leave France in 2014, concerned about terror attacks and rising anti-Semitism in the country.

We will hear from the families most affected, and explore the reasons behind the rise in anti-Semitism. With insight from those who live in the notorious Paris suburbs, often accused of being a breeding ground for anti-Semitism, and from Lassana Bathily, a Muslim from the suburbs who saved Jewish lives during the kosher supermarket attack in 2015.

Many French Jews are coming to London, and one synagogue has been transformed recently by French arrivals, with their congregation in a few years becoming 90 percent French. Is the climate for Jews any better in Britain?”