A review of the content produced by the BBC a decade ago at the time of the Second Lebanon War shows that many of the themes found in that coverage resurfaced eight years later in the corporation’s reporting of a different summer war: the 2014 conflict between Israel and Hamas and other assorted terrorist groups in the Gaza Strip.

One theme found very early on in the BBC’s coverage of the 2014 war was the promotion of the unsubstantiated notion that Israel was committing ‘war crimes’ in the Gaza Strip, based on unverified claims from political NGOs – some of which were already engaged in lawfare against Israel.

Documenting the BBC contribution to political warfare against Israel

After the fighting had ended, the BBC continued to amplify the agenda of NGOs including Human Rights Watch (“More BBC promotion and amplification of lawfare NGO“) and in particular Amnesty International:

More BBC wind in the sails of NGO’s lawfare campaign

The green shoots of that editorial policy were apparent – albeit on a smaller scale – eight years earlier when – just eight days into the Second Lebanon War – the BBC News website ran an article headlined “UN warning on Mid-East war crimes” which was based on statements made by the UN High Commissioner for Human Rights at the time. An additional article published on the same day told BBC audiences that:

“The UN High Commissioner for Human Rights, Louise Arbour, warns that those involved in the spiral of violence between Israel and Lebanon could face war crimes charges if they are found to have deliberately attacked civilians”

On August 23rd 2006 the BBC News website promoted a report by Amnesty International under the headline “Israel accused of war crimes“.

The document details what it describes as “massive destruction by Israeli forces of whole civilian neighbourhoods and villages”, together with attacks on bridges “in areas of no apparent strategic importance”, on its list of supporting evidence. […]

“Many of the violations identified in our report are war crimes, including indiscriminate and disproportionate attacks,” said Ms Gilmore.”

“A human rights group has accused Israel of carrying out indiscriminate air strikes that killed hundreds of civilians during the 2006 Lebanon war.

Human Rights Watch said Israel showed “reckless indifference” to the fate of civilians and queried its argument that Hezbollah used them as human shields.”

Despite the existence of publicly available evidence discrediting the claims made by AI and HRW (see for example here and here) the above BBC reports (and others) remain available online  – without any clarifying footnote – as ‘historical record’. 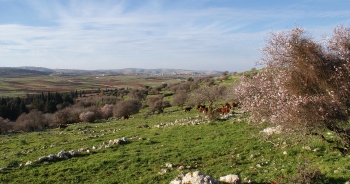 Another theme seen in BBC coverage of the Second Lebanon War was promotion of the notion of ‘disproportionate’ (and by implication, illegal) actions by Israel – already from day two of the conflict.

“A Lebanese cabinet minister said the Israeli response was disproportionate, and called for a ceasefire. […] France and Russia condemned Israel’s “disproportionate use of force”.” (July 13, 2006)

“The European Union is greatly concerned about the disproportionate use of force by Israel in Lebanon in response to attacks by Hezbollah on Israel.” (July 13, 2006)

“President Jacques Chirac of France called Israel’s acts “disproportionate” while Russian President Vladimir Putin called for an end to fighting. […]But he said Israel’s response was “completely disproportionate”, adding: “One can ask oneself whether there isn’t a sort of desire to destroy Lebanon.”” (July 14, 2006)

Seeing as the BBC did not make any effort at the time (or since) to inform its audiences (and its own staff) of what the principle of proportionality in warfare actually means, it is not surprising to see that the ‘disproportionality’ theme regularly resurfaces in BBC reporting.

“I think one of the observations made by critics of Israel is that you always respond disproportionately and – ah – in a way the figures tell the story. Since this offensive of yours began, 39 Palestinians have been killed, three Israelis. There’s a disproportionate use of force going on here.”

In the next instalment of this post we will take a look at additional common themes found in the BBC’s 2006 reporting from Lebanon and its subsequent coverage from the Gaza Strip.